still together, 3B and 3T 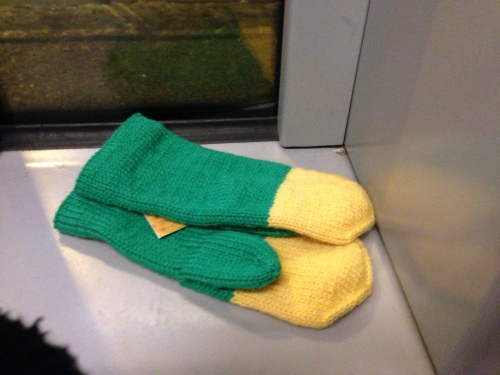 out of sight, out of mind, they say
things are
time runs
things change
and they disappear

nothing is like it used to be, you say
well, I say, should everything stay as it is

bye-bye 3B
bye-bye 3T
still together
here, here you are!

Inside the mitten there was embroidery 3B and its pair had 3T in it.

Two pairs were left in trams that moved towards the centre of Helsinki and one pair continued towards Töölö. One pair was left in a tram stop Brahenkenttä and the last pair I left in Karhupuisto tram stop.