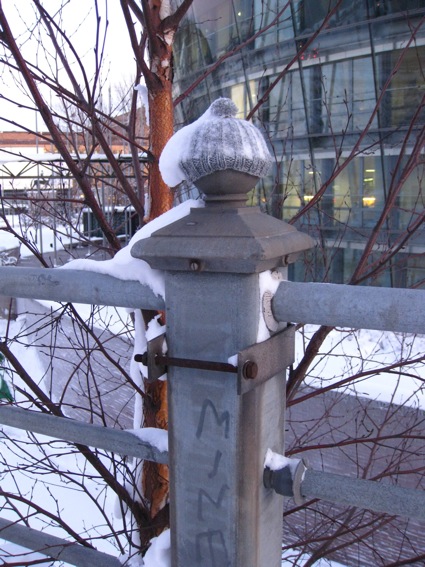 February 2012, in Helsinki, on Pohjoinen Rautatiekatu, between Parlament house and Little Parlament, on the fence post, from the very beginning 54 grey knitted woolly hats.

We can say something but absolutely we don´t have to say anything. Just to be here. One alone in one fence post and all together at the same time. As a group, but still as an individual single posts. 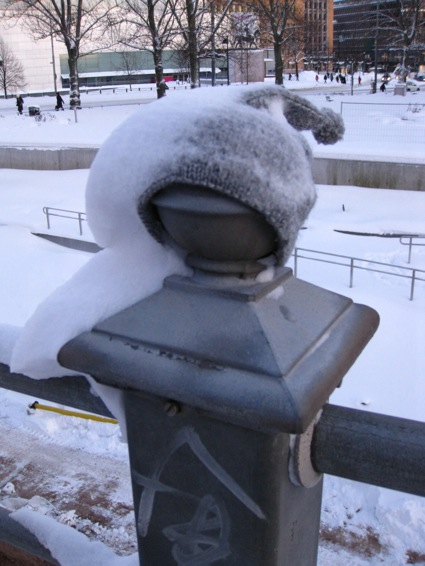 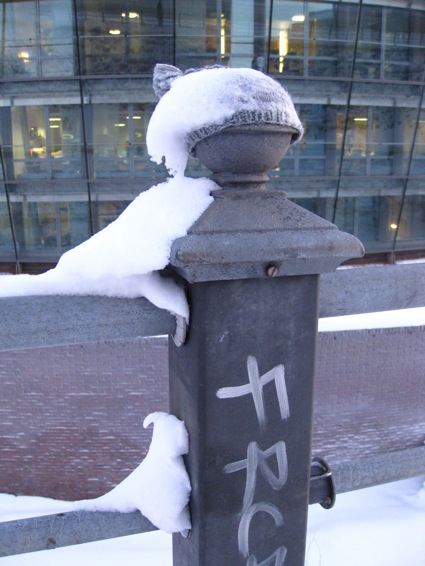